These can be extremely troublesome, particularly at night with blood found on the pillows and sheets. Sometimes children are sent home from school.

Once children have been assessed to make sure there are no other causes than often the treatment is antibiotic cream for the front of the nose along with silver nitrate nasal cautery. The nasal cautery is carried out in clinic with a local anaesthetic spray to the front of the nose, and then the silver nitrate stick being applied for a few seconds till the weak blood vessels, so that these vessels effectively become sealed. 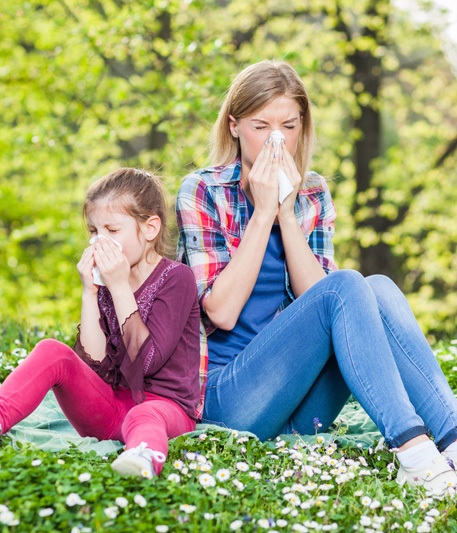 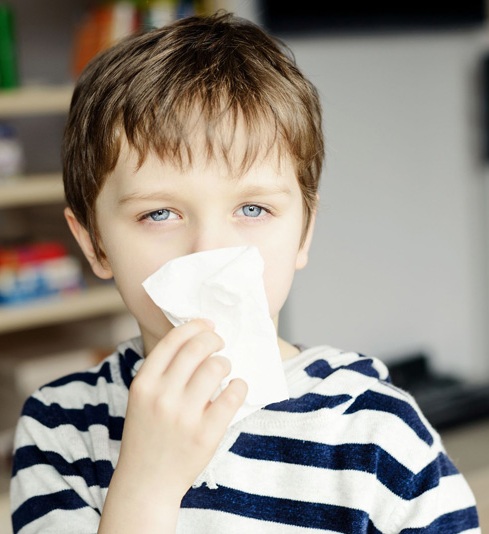 Nasal blockage and discharge can be very troublesome indeed in children.

The nose can be thought of as a pipe going on either side from the front nostril to a back nostril further back. The sinuses open into the side wall of this pipe, and the adenoids sit behind the back nostril.

Nasal blockage can due to a problem with this pipe i.e. the lining of the pipe becoming swollen so that the hole for breathing is smaller than normal. “Rhin” is a word used to mean nose, and “itis” is a word used for swelling & inflammation. Such children are said to have “Rhinitis”. This can be

Nasal blockage may also be due to enlarged adenoids blocking the back nostril. Removal of adenoids (adenoidectomy) can be considered for children with this problem.